In the nineteenth century, the Italian photographer and mountaineer Vittorio Sella scaled and photographed the Alps, the mountains that had dominated the landscape of his childhood. Sella worked during a time when nature was still regarded as a fearsome place, not a site of recreation.
But cultural perceptions changed and monumental nature became attached to the concept of the sublime. Indeed, Sella’s stunning images portrayed the high-altitude slopes and snow-capped peaks as majestic and unearthy, a landscape defined by pristine beauty and silence.
Yann Gross likewise grew up in the shadow of the Alps (on the Swiss side). More than hundred years after Johanna Spyri’s « Heidi » novel describing a rough but calm and healthy mountain life, the Alps are populated with resorts. Images of their rocky peaks are used to promote wellness products and preventive avalanches mitigate the dangers posed by the picturesque slopes. Yann Gross has been working for many years in Valais, Switzerland, with mountain guides and researchers (SLF) who trigger avalanches with dynamite in order to prevent accidents in ski resorts and other inhabited areas.

The still frame turns the fast-moving snow into sculptural shapes. There is an elegant formalism to these scenes of humans imposing order on the wild. 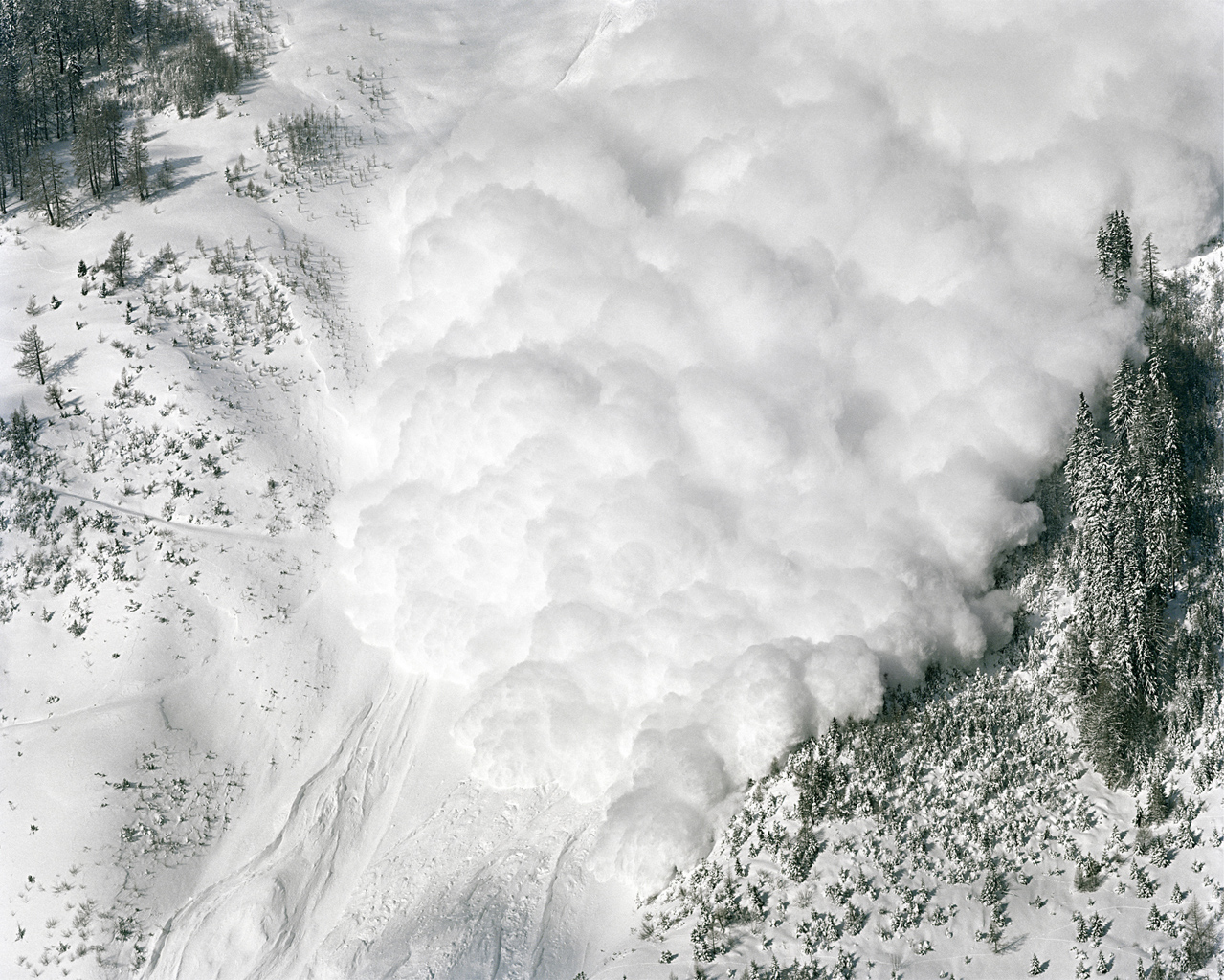 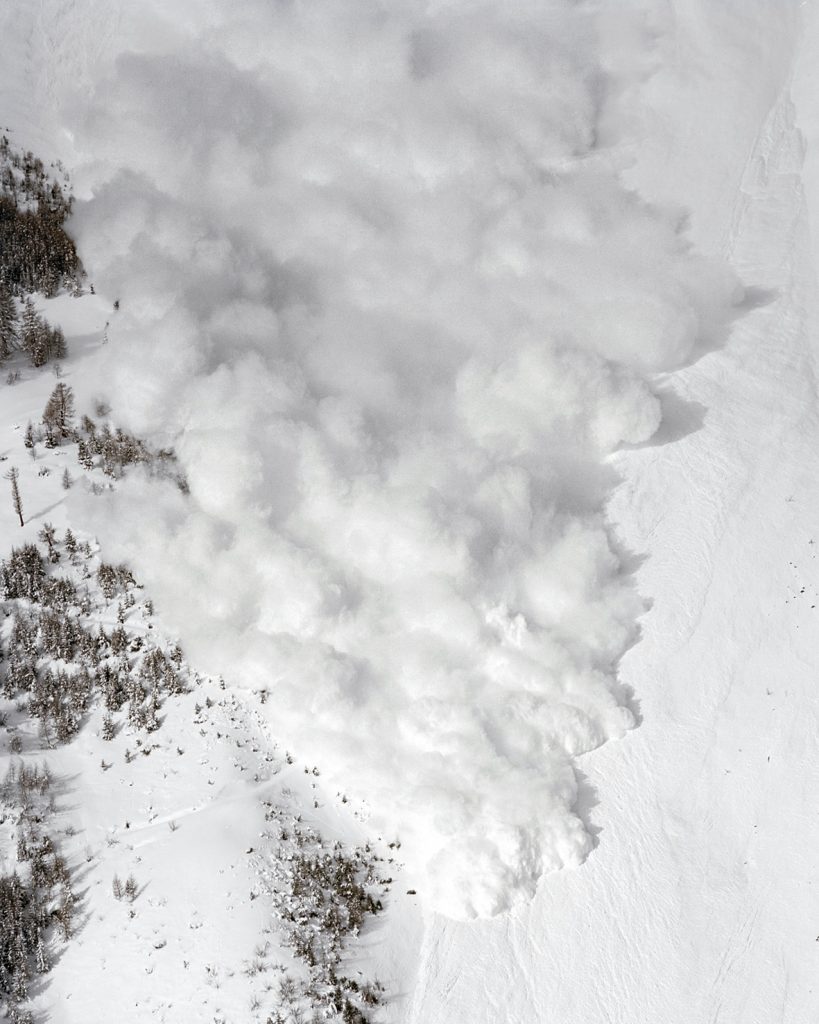 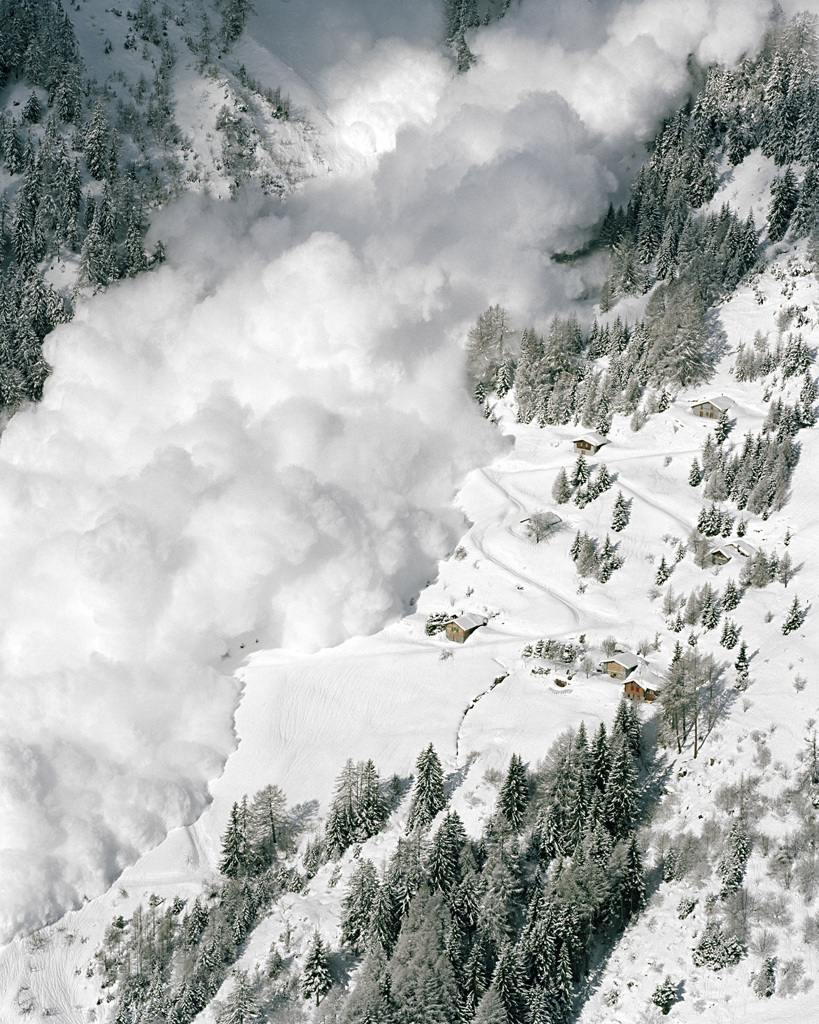 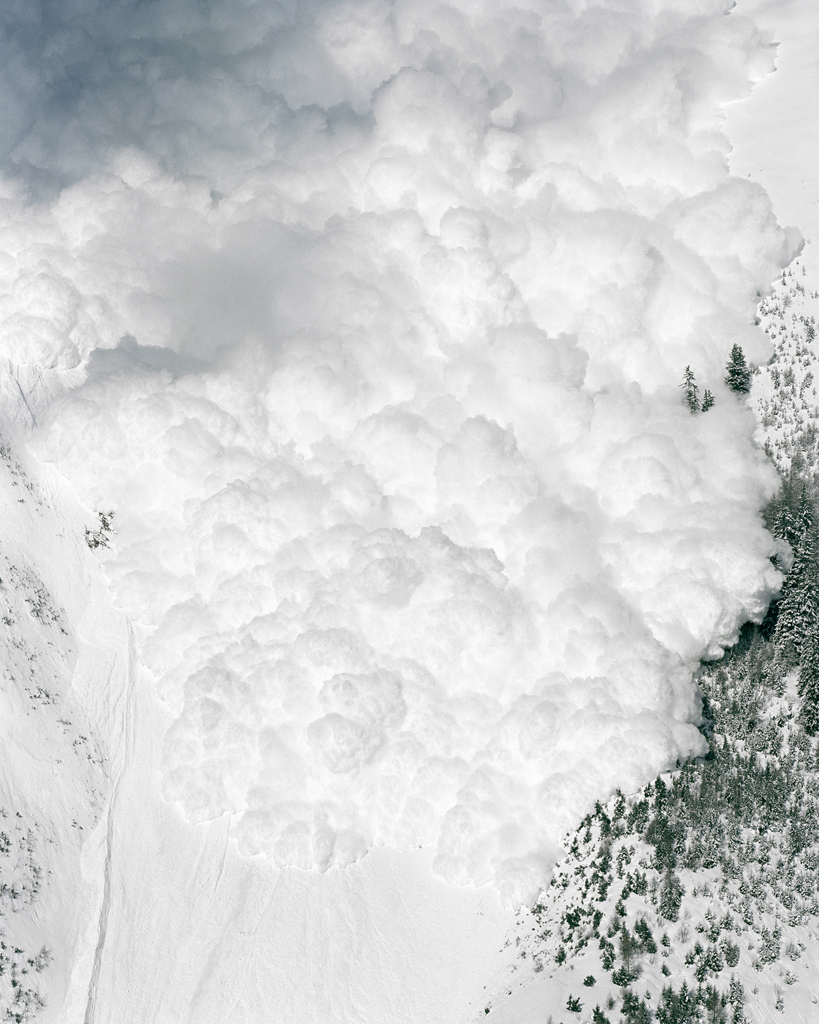 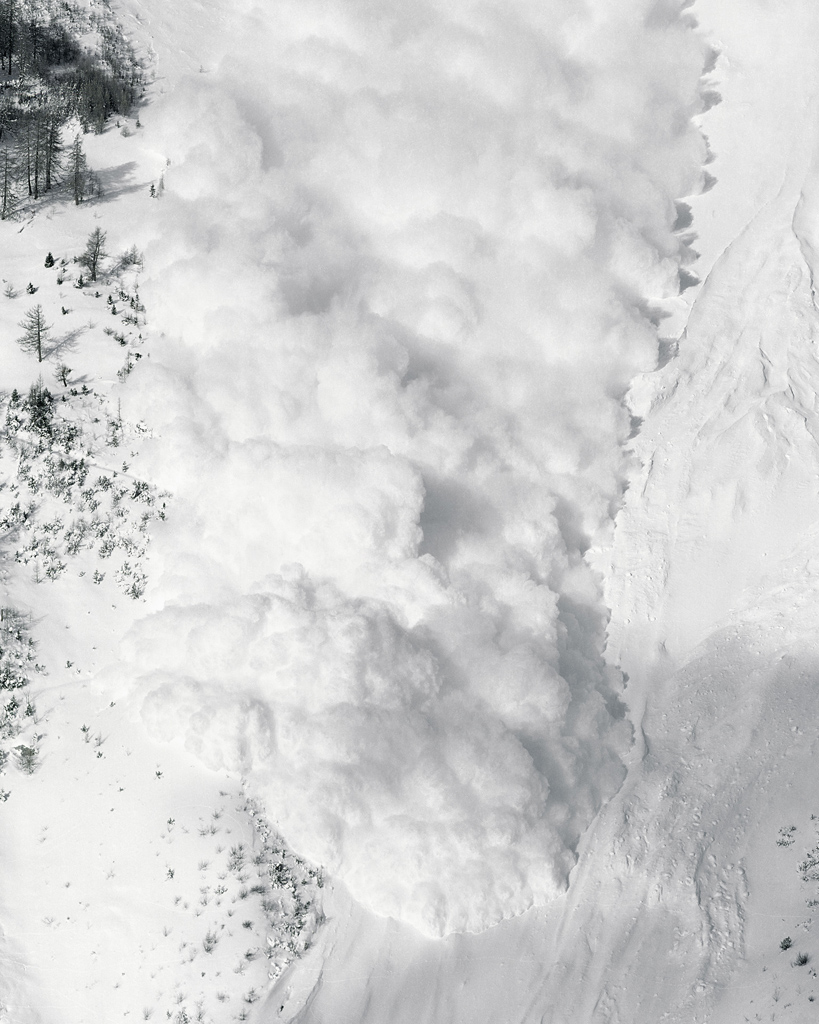 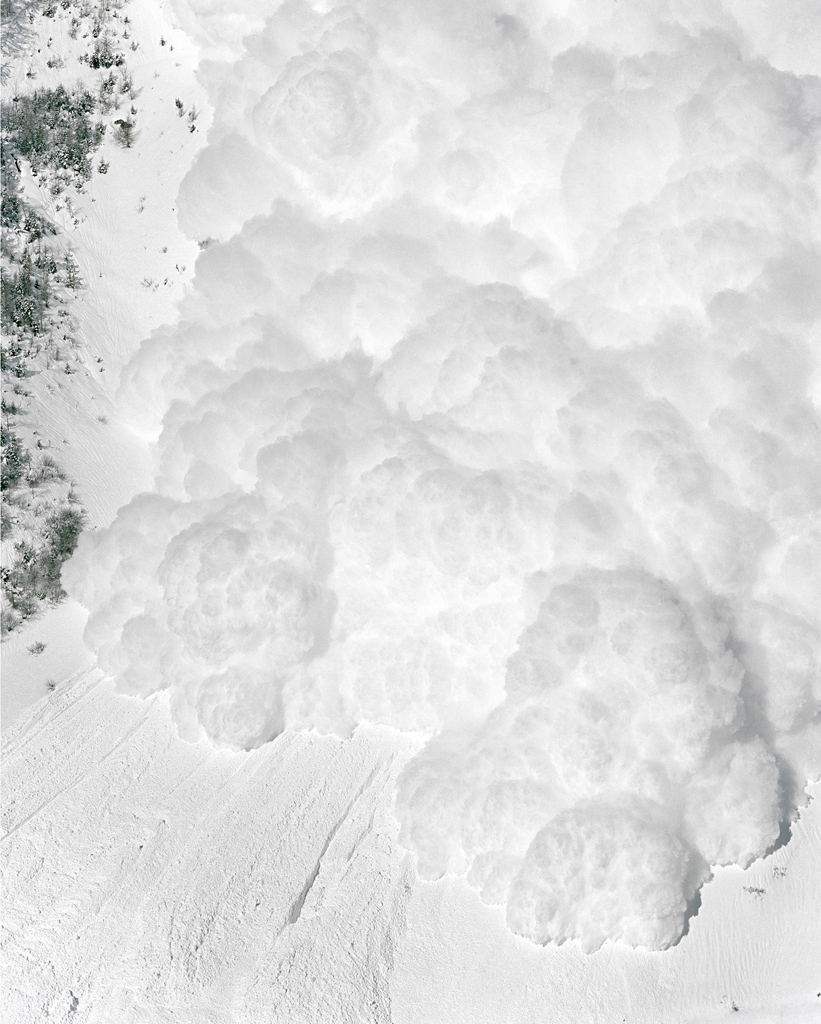 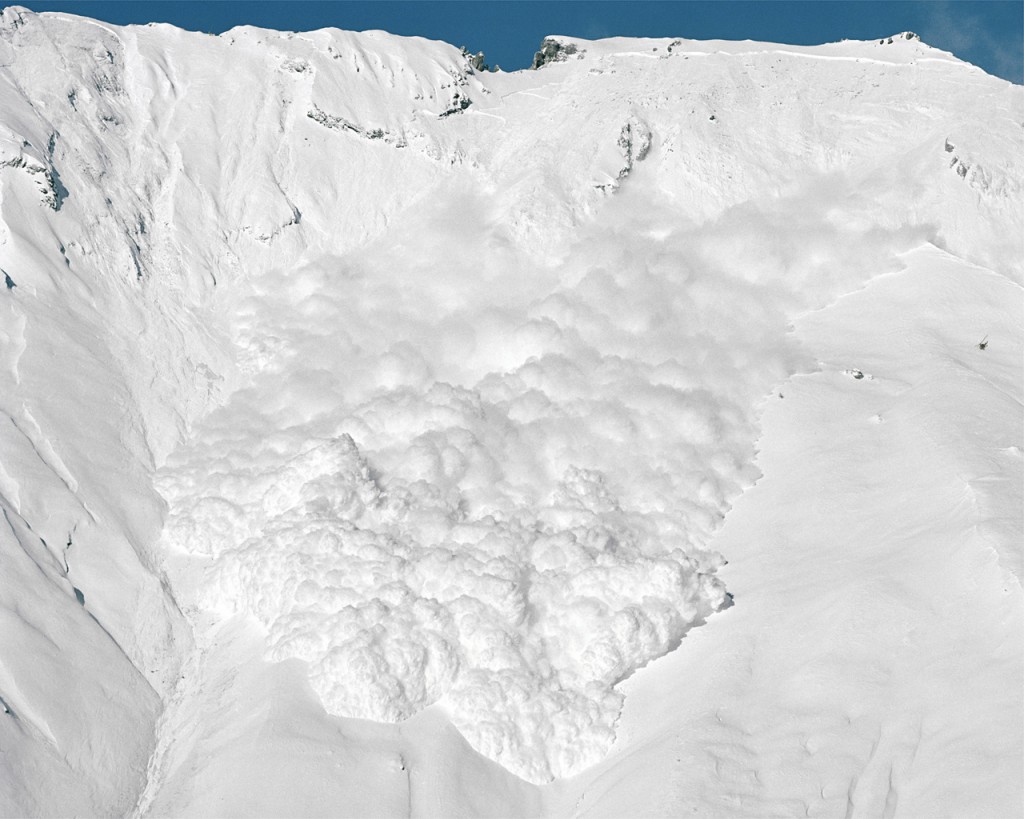 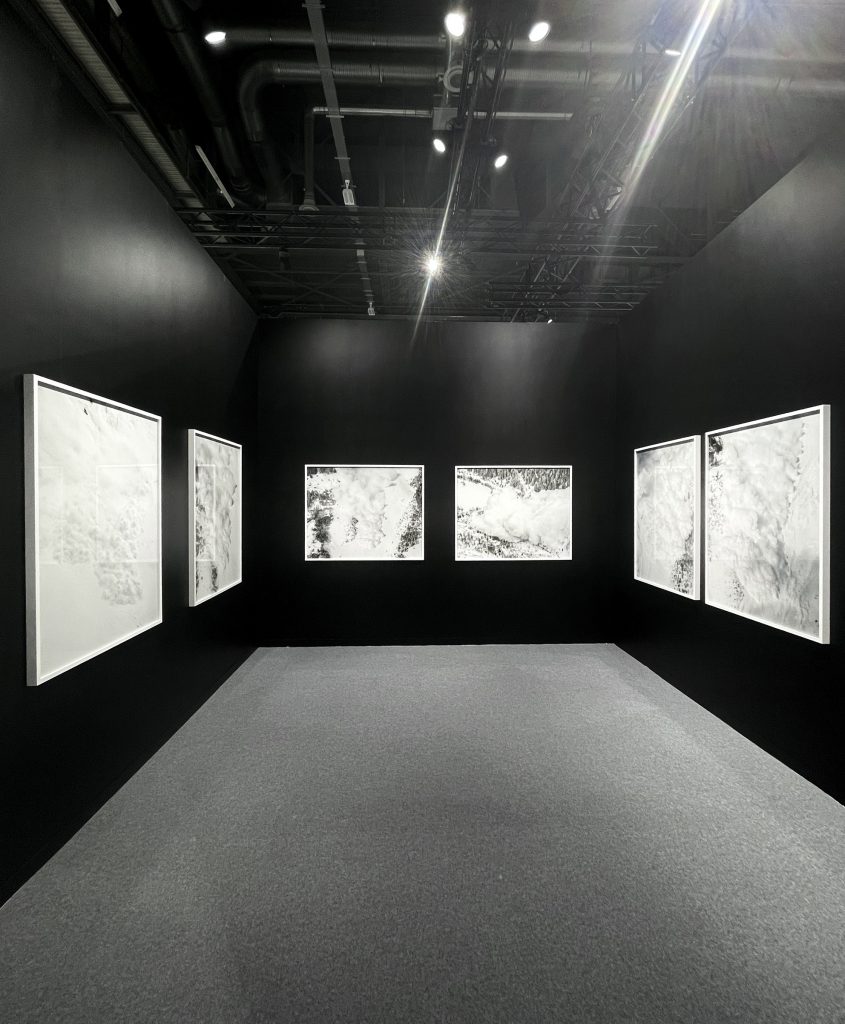 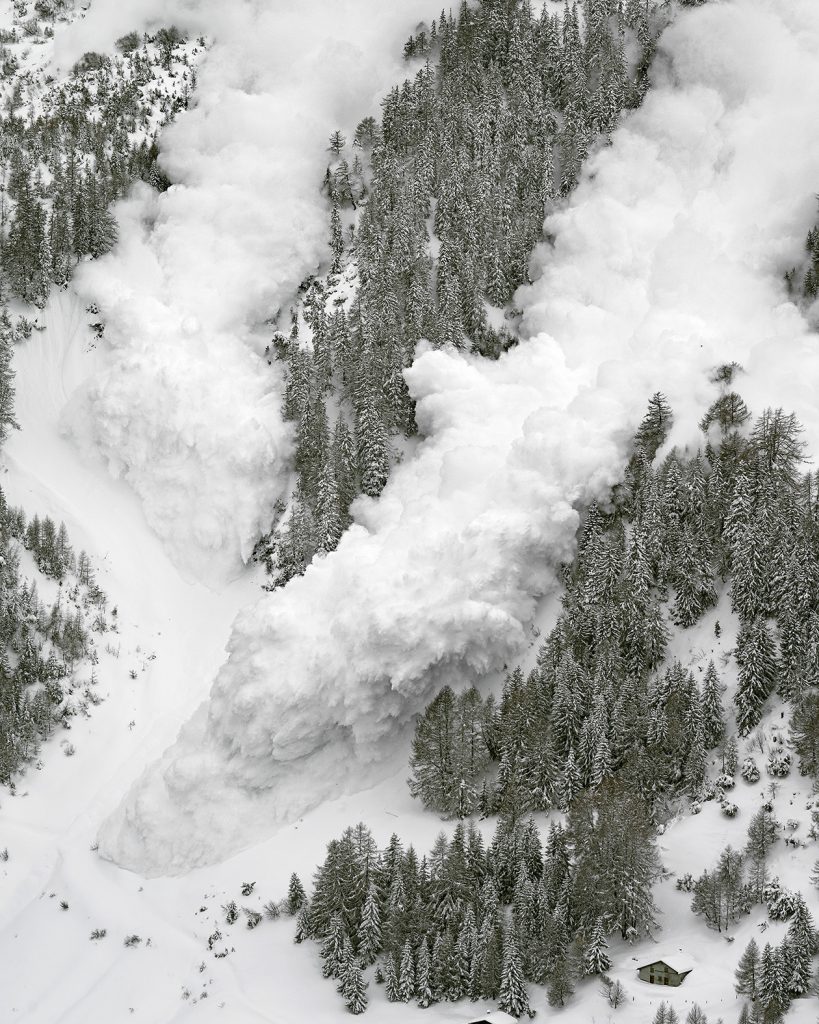 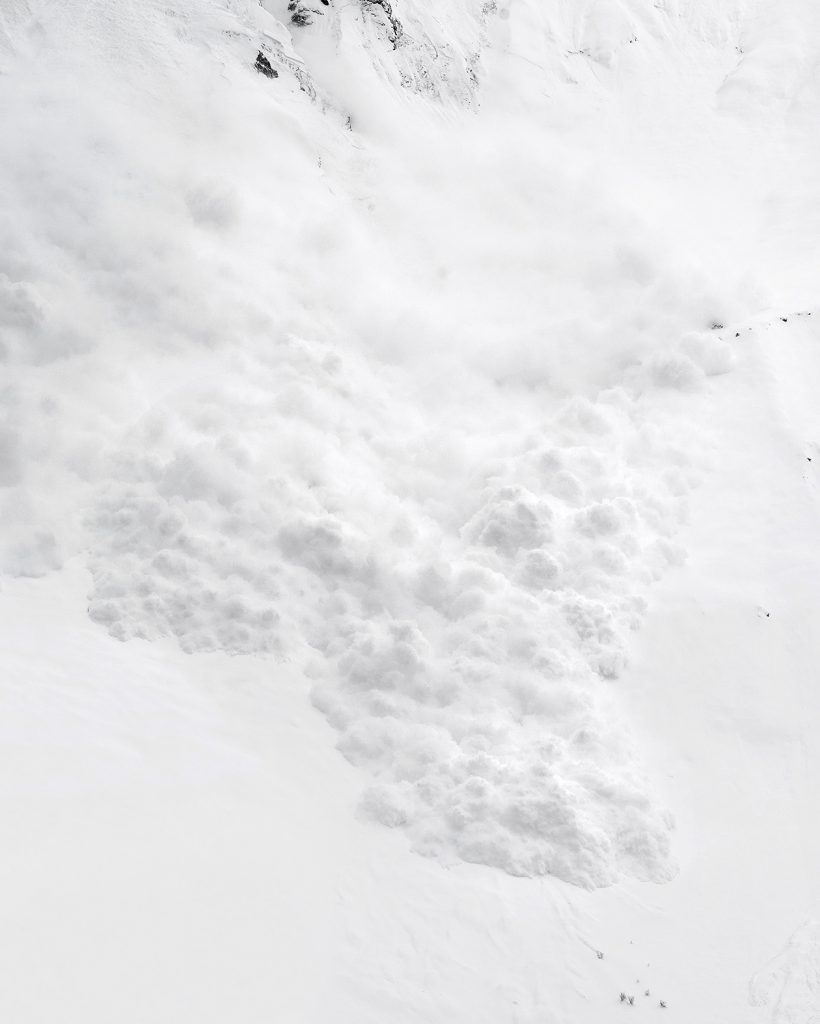 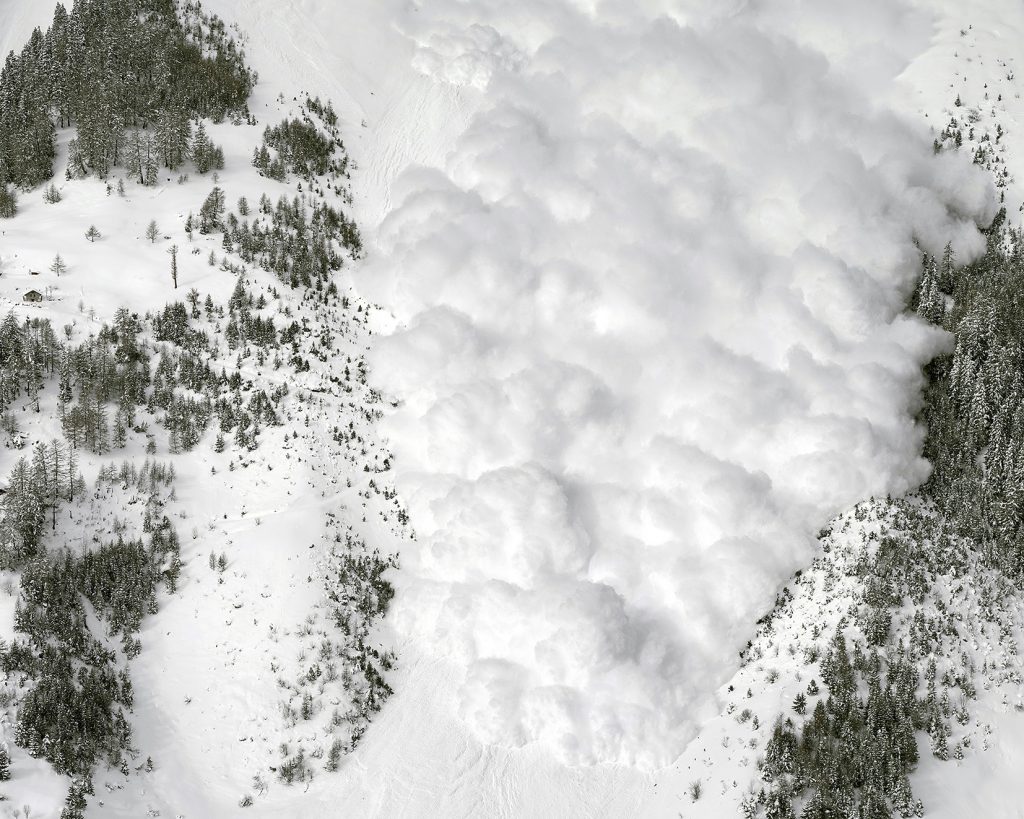 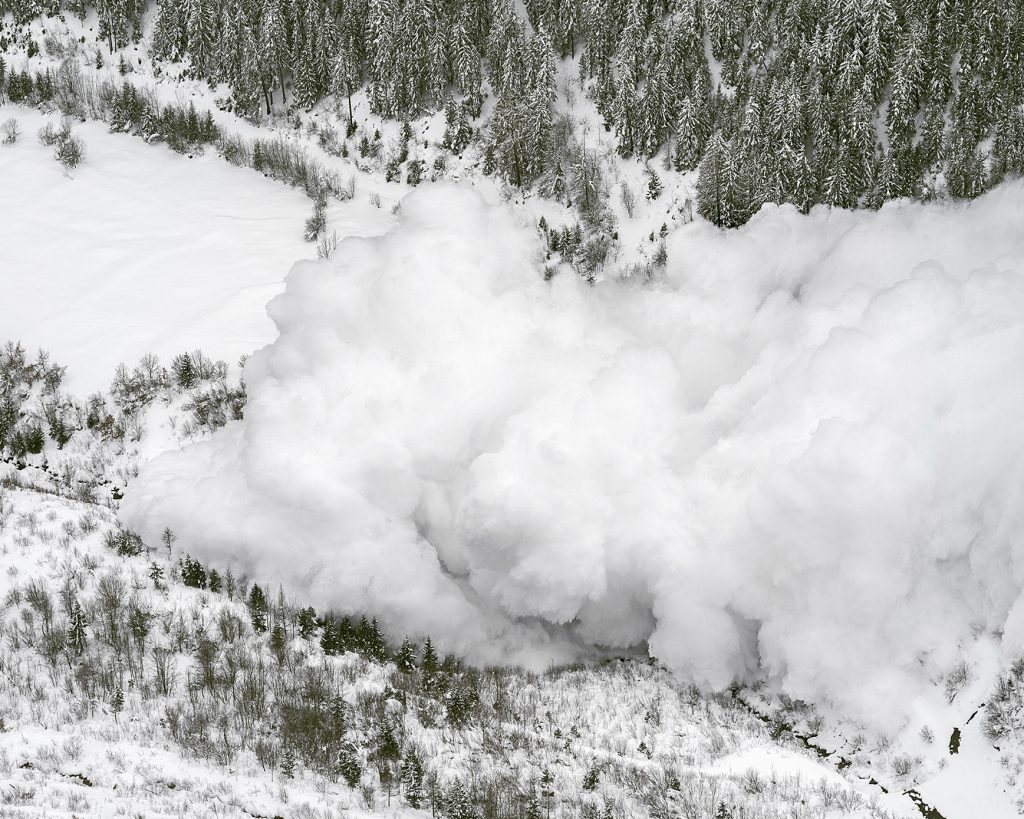